There are many many planned and unplanned projects that go along with restoring a 1969 Airstream and these are just some of them on her journey to become everyone’s Local Yarn Shop.

No store or classroom is any good without good lighting.

Lurlene now has led strip lighting running across the ceiling and she looks so pretty! 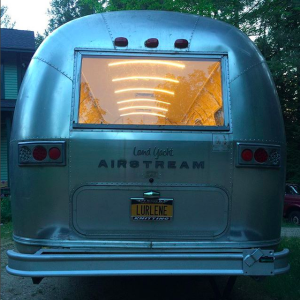 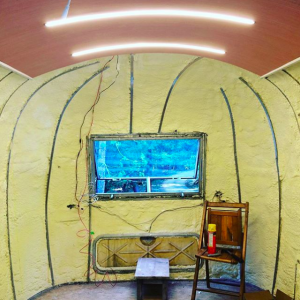 Because how are people going to know what’s going on inside without a big illuminated yarn ball out front?? 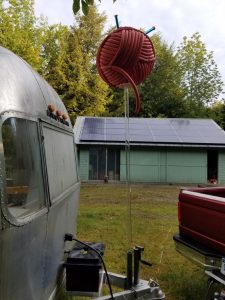 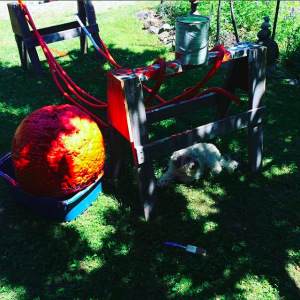 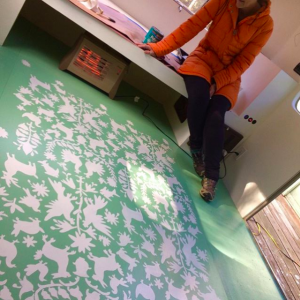 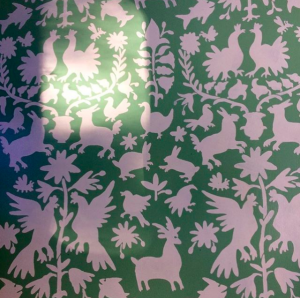 After years of searching across the country, I finally found my vintage Airstream in Keene, NY, the next town over.  She had survived years of harsh Adirondack seasons in a field, just waiting for me to find her.  When I first saw her, I knew. Love at first sight. 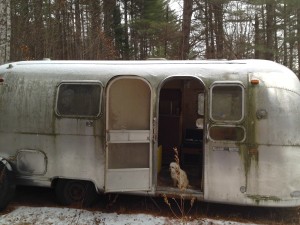 Poor old Lurlene in the field, abandoned and shabby. 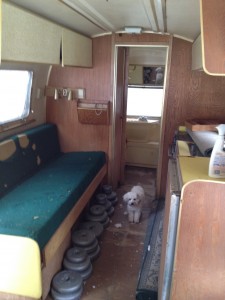 Lurlene needed a ton of work from top to bottom, so I enlisted the help of young creative adventurer Nick Crofut-Brittingham, grandson of folk singer Bill Crofut, and Putney School graduate. Nick dragged her behind his old welding truck to the Berkshires, where he lives on a communal farm.  On the way south, her bottom fell off and dragged along the road, throwing up sparks in her wake. Nick wondered what he had signed up for.  He calls her “The Beast”.

First, he pulled out all of the old mouse nests, dead critters, and rotten insulation and flooring.  Then he had to get creative. After a year of welding, riveting, pounding out dents, pulling off the aluminum skin, and rebuilding the trailer, replacing the brakes, tires, floor, wiring, the trailer is almost ready to go.

Here are some pix of Lurlene’s makeover. 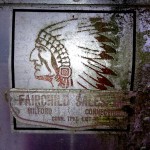 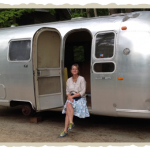 Lurlene after her power wash. 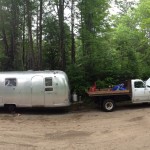 From Keene to East Canaan, before her bottom fell off. 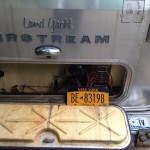 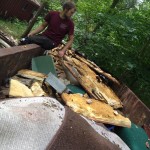 Lurlene’s innards in the dumpster. 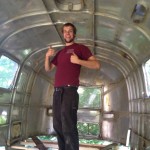 Nick being optimistic with “The Beast”. 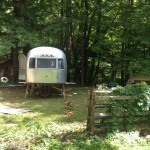 Lurlene without her bottom or innards. 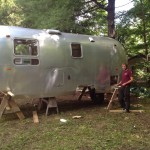 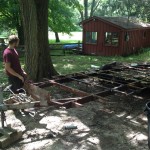 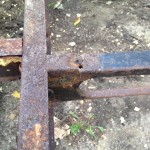 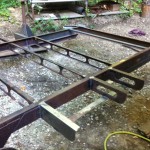 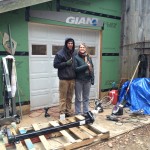 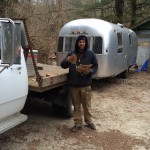 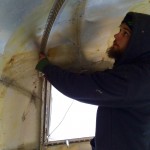 Nick builds his own structural ribs. 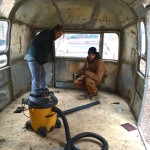 How we gonna fix this? 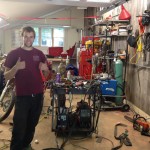 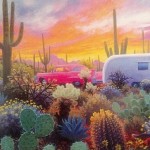 Lurlene is currently in Waitsfield, Vermont for the summer.

Check this site for updates!